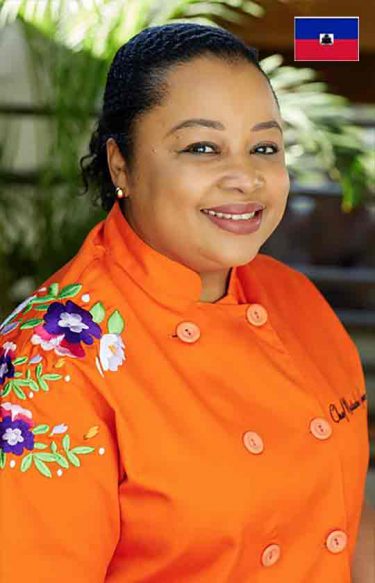 Her cuisine ranges from the Taino’s, to The New Haitian Gastronomy which is about revisiting traditional dishes with a modern twist and to promote local, fresh and organic products. Her company, INVESTA, HAITI, created the label 100% local, a movement to help promote buying locally sourced products to boost the region’s economy. Chef instructor for World Central Kitchen, she also has her own line of products who range from hot sauces, jams, spices and traditional desserts. Food is not her only passion, she is deeply involved in her community by working with two women NGOs to help reduce the gender gap and empowering women.