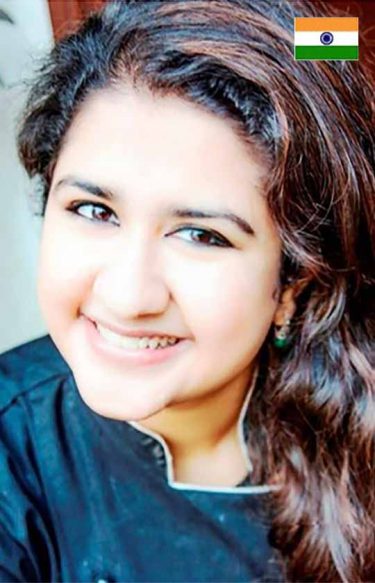 India’s Chef Megha Kohli is one of the country’s youngest chefs. Currently the head chef of Lavash By Saby, the Armenian restaurant in Delhi’s artsy Mehrauli area which has created quite a buzz, Megha has already garnered an experience of twelve years in the industry at this young age.

Deeply influenced by her grandmother’s and mothers cooking, Megha started pottering around in the kitchen when she was barely 5, indulged, as she was by her grandmother who had no qualms about her messing up the kitchen! She has previously worked with Oberoi hotels, The Olive Bar and Kitchen Group of restaurants and is also an independent food consultant.

Currently Megha is the head Chef and head of operations at Lavaash By Saby and is heading the kitchen and restaurant operations there. Lavaash is the only Armenian restaurant in the country. She was involved with Lavaash since its inception and stayed Calcutta for 2 months to research on Calcutta-Armenian cuisine.  She believes firmly in using only local, regional and sustainable produce. Her restaurant is one of the first restaurants in India that has a menu that uses 100% local ingredients and nothing in the kitchen is imported.

Known for her very warm and affable nature, Megha is a popular name in the industry now. She loves to interact with her guests and rattle off the history behind each dish she serves. She wants her guests to know just how much thought, effort and research have gone into the preparation of each dish.

Megha’s mantra, however is, that cooking is an emotional process and not a technical one. You can serve the most perfectly prepared dishes, but if you haven’t connected with the food and the farmers while making it, it’s an effort gone waste. Follow Chef Megha on Instagram